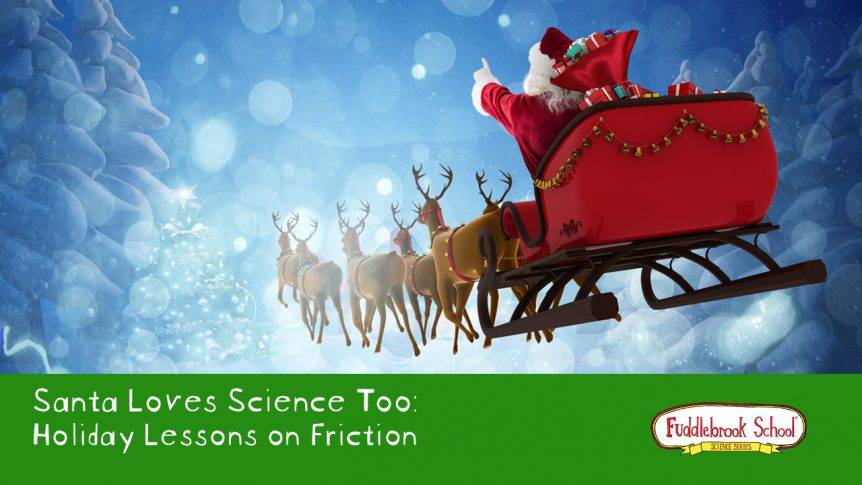 As the holidays draw near, questions about Santa Claus often pop up in inquisitive little minds. Is he magic? Why does he wear a red suit? Do reindeer really fly? And maybe the one most often asked….how does Santa get down the chimney?

First of all, who is this guy we call Santa and how exactly did this chubby, red suited, white bearded man, who resides in the North Pole evolve into today’s version of Santa Claus? 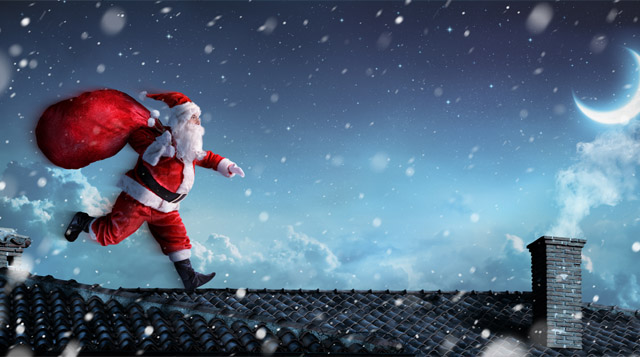 So how does Santa go down the chimney?

While this theory has not been formally documented by anybody but us, we think it makes sense that Santa’s red suit is not only super attractive, but also has special friction reducing elements in it. After all, Mrs. Claus is a fabulous seamstress and knows a great deal about friction! 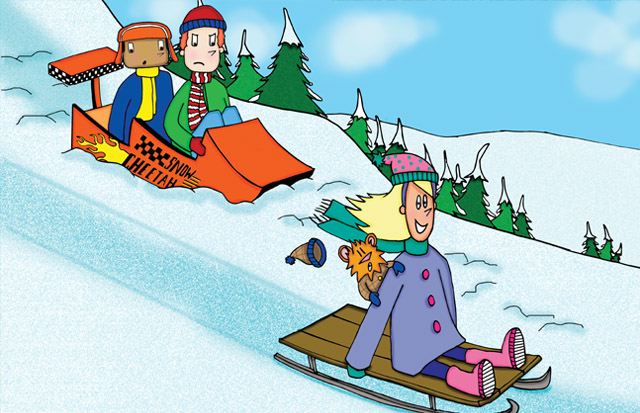 So you see, December is a great month to explore the concept of friction and read the Fuddlebrook story, The Sled Race. Unfortunately, Bert and Freddie don’t know as much about friction as Mrs. Claus. You’ll have to read the story to learn more.

Christmas parties can be more than just candy and games! Kids will have so much fun as they design their own suit for St. Nick to quickly get down the chimney or create a sled that would zoom down a hill. For other ideas check out this month’s video, too!

So in the hustle and bustle of this holiday season, don’t forget science. After all, Santa loves science! His suit proves it!

Happy Holidays to all!