Enjoy the Fuddlebrook School Science Series! There's always a cool science adventure going on in Mrs. Wigglebum's class at Fuddlebrook School. Join Herman Tweed, the class pet hamster, Liza, Freddie, Bert and the whole gang as they learn how much fun science can be. Through stories and inquiry-based, hands-on activities, science comes alive!

Where we live seasons can be crazy! Two days before Christmas it was 70 degrees. A couple of days later, temperatures plummeted to sub zeros. We can bundle up or stay inside. But what about animals? Learn a lesson about hibernation Fuddlebrook style as you read A Change of Season and watch our fun video as we model how some animals adapt before hibernation by developing a special layer of winter fat to help keep them warm.

Add more variety and possibilities to your Fuddlebrook adventures with the Teacher Guide, Student Journal, Science Experiment kit, digital e-books, giant wall poster, and other resources. Keep checking back for new products too!

Don’t forget our other fun science series: The Quirkles!This 26 book series and related materials introduce you to imaginary scientists that help children develop a love of science Using fun stories, alliteration, whimsical illustration, and hands-on science activities, the Quirkles® is an alphabet series that makes science and literacy learning fun!

For a complete introduction and to get to know each Fuddlebrook story/concept, work your way across the main menu bar above. Have fun exploring, and please contact us with any questions you may have!

But that's not all. Check out the introductory video that explains why we created the Fuddlebrook School Science Series. 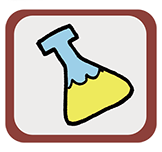 A Lesson in Hibernation: Fuddlebrook Style

Animals have many ways to adapt during the cold winter months. Some migrate, adapt, or hibernate. 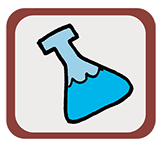 While this book is about beautiful cave crystals, it seems appropriate in December to think about lovely snow crystals instead. Make your own in this fun activity with a few simple supplies!

Where we live seasons can be crazy! Two days before Christmas it was 70 degrees. A couple of days later, temperatures plummeted to sub zeros. We can bundle up or stay inside. We also bring in our pets. But what about other animals?

Many birds migrate to warmer places. Other animals migrate, too. There are a few mammals, like some bats, caribou and elk, and whales that travel in search of food each winter. Many fish migrate. They may swim south, or move into deeper, warmer water. Insects also migrate. Some butterflies and moths fly very long distances. Others, like termites and Japanese beetles, move downward into the soil. Earthworms also move down, some as far as six feet below the surface.

Some animals remain and stay active in the winter. They adapt to changing weather by making changes in their behavior or bodies. To keep warm, animals may grow new, thicker fur in the fall. Some animals, like squirrels, mice and beavers, gather extra food in the fall and store it to eat later.

Finally, some animals hibernate. This is a special, very deep sleep. The animal's body temperature drops, and its heartbeat and breathing slow down. It uses very little energy.

True hibernators go into such a deep sleep that they are difficult to wake and may appear dead. Their body temperature drops and breathing and heart beat slow down significantly.

There is some discussion as to whether the most famous hibernator, the bear, actually hibernates. While a bear is denning, its heart rate, breathing rate, and metabolic rate do slow down.  In addition, a bear’s body temperature is reduced. However, compared to true hibernators, like ground squirrels, a bear’s metabolic rate is significantly less depressed and a bear’s body temperature is reduced only a little. Moreover, ground squirrels have to awaken about every week for about a day, eat stored food, pass waste, and then return to hibernation. They continue this cycle all winter. Bears don’t do this. They can go for more than 100 days without eating, drinking, or passing waste.  True hibernators awaken slowly.  However, bears can awaken very easily during their denning period.

Learn a lesson about hibernation Fuddlebrook style this month as you read A Change of Season and watch our fun video as we model how some animals adapt before hibernation by developing a special layer of winter fat to help keep them warm.

It's a dark December night. Nature is quiet. Bears, rodents, ground squirrels, and many other animals sleep day and night in hibernation. And it’s time for snow (at least in cooler weather, northern hemisphere locations). And snow leads to fun science activities. This month we make “snow” crystals, drawing from an activity in our book from the Fuddlebrook series, In Search of Hidden Treasure. We call it “Herman Tweed’s Crystals.” Check out the activity and video provided.

But before doing so, take a couple of minutes to brush up on your snow trivia.

*The beautiful six-sided structure of snowflakes comes from the hexagonal lattice structure of ice. When water freezes, the molecules connect together and always form hexagons.  As more molecules are added, they form branches on each of the six sides.

*Snow is classified as a mineral.

*A man nicknamed Wilson "Snowflake" Bentley photographed 5,000 snowflakes before he died of pneumonia. He literally devoted his entire life to showing us the diversity and beauty of snowflakes (February 9, 1865 – December 23, 1931). He was the first man to capture snow crystals on film. He received international acclaim in the 19th century for his pioneering work in the field of photomicrography.

* 80% of all the freshwater on Earth is frozen as ice or snow. This accounts for twelve percent of the Earth's surface

*People who are afraid of snow have chionophobia.

*A snow storm becomes a blizzard when winds reach 35 miles per hour and visibility is less than a quarter of a mile. The storm must last at least three hours to be classified as a blizzard.

There you have it. Bundle up and run to the grocery store to grab a box of Borax (for the crystals you are going to make in this month’s activity), before the weather gets bad. Then heat up that pot of your favorite soup, and get ready to enjoy science fun by reading a Quirkles or Fuddlebrook story and doing all the fun science experiments with your kids.

Read More
What people are saying

This new series marvelously succeeds in introducing young students to inquiry-based, experiential learning of scientific concepts that are age-appropriate. Moreover, students have the opportunity to explore story-based scientific concepts further through hands-on investigations.

What people are saying

The thing I love most about the Fuddlebrook series is the connection aspect. Not only have the creators connected literacy and science, they have also provided opportunity for exploration of all areas of life. The dispositions and traits of the characters are consistent throughout the books and lead to discussions about friendship, bullying, loyalty, honesty, and humility. Fuddlebrook is "teaching the whole child by connecting to life."