Legend has it that Sir Isaac Newton formulated his theory on gravity in the 1660’s after watching an apple fall from a tree. It’s one of the most famous anecdotes in the history of science!  But what is gravity? Objects with mass are attracted to each other. And that’s gravity! For example Earth pulls on us and keeps us on the ground. The Sun's gravitational pull keeps our planet orbiting the Sun. The Moon's gravity pulls on the Earth and makes the tides rise and fall every day. In the book A Case of Gravity, Liza learns a “painful” lesson about gravity.

There are also two awesome activities in this book that demonstrate concepts of gravity. Watch the kids in our video have a whole lot of fun with The Mysterious Leaning Can Investigation.  Also watch as they try The Fuddlebrook Bottle Drop.

So what’s the science question with the bottle drop? Do objects fall at the same speed even if they don’t have the same mass? Credit Italian scientist Galileo Galilei who is said to have tried dropping two objects of different weights from the Leaning Tower of Pisa, to find the answer to this question.

And Galileo, like our children, found the answer to be yes. This is called the equivalence principle. Objects of different masses will fall to the Earth at the same speed. Want another cool demonstration of this? Check this out.  https://www.youtube.com/watch?v=E43-CfukEgs

Galileo’s work disproved the earlier work of Aristotle that suggested that heavier objects fell faster than lighter ones. As for Galileo's interest in disproving Aristotle's theory about falling objects, years later he said that he had first thought about this during a hailstorm when he notice that both large and small hailstones hit the ground at the same time. If Aristotle were right, this could only happen if the larger stones dropped from a higher point in the clouds -- but at virtually the same time -- or that the lighter ones started falling earlier than the heavier ones -- neither of which seemed very probable. Instead, the simplest explanation was simply that heavy or light, all hailstones fell simultaneously with the same speed.

Enjoy both the Fuddlebrook Bottle Drop and The Mysterious Leaning Can Investigation. These two activities are great ways to learn about gravity and the noted scientists who helped broaden our knowledge of the concepts. 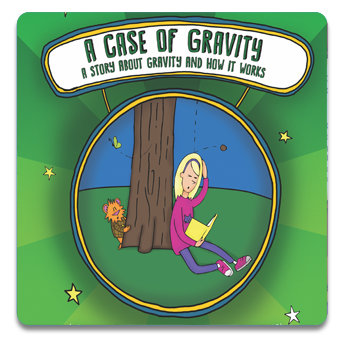