It's a dark December night. Nature is quiet. Bears, rodents, ground squirrels, and many other animals sleep day and night in hibernation. And it’s time for snow (at least in cooler weather, northern hemisphere locations). And snow leads to fun science activities. This month we make “snow” crystals, drawing from an activity in our book from the Fuddlebrook series, In Search of Hidden Treasure. We call it “Herman Tweed’s Crystals.” Check out the activity and video provided.

But before doing so, take a couple of minutes to brush up on your snow trivia.

*The beautiful six-sided structure of snowflakes comes from the hexagonal lattice structure of ice. When water freezes, the molecules connect together and always form hexagons.  As more molecules are added, they form branches on each of the six sides.

*Snow is classified as a mineral.

*A man nicknamed Wilson "Snowflake" Bentley photographed 5,000 snowflakes before he died of pneumonia. He literally devoted his entire life to showing us the diversity and beauty of snowflakes (February 9, 1865 – December 23, 1931). He was the first man to capture snow crystals on film. He received international acclaim in the 19th century for his pioneering work in the field of photomicrography.

* 80% of all the freshwater on Earth is frozen as ice or snow. This accounts for twelve percent of the Earth's surface

*People who are afraid of snow have chionophobia.

*A snow storm becomes a blizzard when winds reach 35 miles per hour and visibility is less than a quarter of a mile. The storm must last at least three hours to be classified as a blizzard.

There you have it. Bundle up and run to the grocery store to grab a box of Borax (for the crystals you are going to make in this month’s activity), before the weather gets bad. Then heat up that pot of your favorite soup, and get ready to enjoy science fun by reading a Quirkles or Fuddlebrook story and doing all the fun science experiments with your kids. 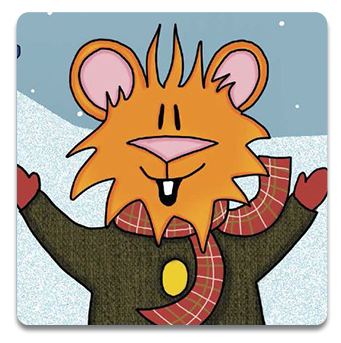