The Thanksgiving meal is something we look forward to all year, but it can be tough on a kid! Wedged between Great Grandma and Aunt Martha, using company manners, and listening to grown-up talk for what seems like hours, can make the best-behaved child squirm. After you clear the dishes, reward that good behavior with this fun science activity that utilizes only some coins and a butter knife to teach a lesson about friction.

What is friction exactly? From matches to machines, friction is one of the most significant phenomena in the physical world. Like gravity, friction is a force. If a car needs to stop at a stop sign, it slows because of the friction between the brakes and the wheels. On the other hand, in some cases we want to prevent friction so it is easier to move. A ball rolls to help reduce friction. Machines and engines use grease and oil to reduce friction so they can last longer. A third way to reduce friction is with less surface area. A thin blade allows for little friction between an ice skate and the ice. In our Fuddlebrook® book The Sled Race, Freddie and Bert learn that friction can have a big impact on the results of their race with Liza!

As part of that book, you can also learn a lesson about Newton’s First Law of Motion and friction by offering this post-Thanksgiving activity. Watch our young scientist Chloe demonstrate The Fuddlebrook Magic Money Stack. It may take a few tries, but will engage children for a very long time!

Then take the activity further. Try The Fuddlebrook Magic Money Stack using different objects like pennies, checkers, or quarters. Next, what happens if you stack more than 12 coins? Try using other tools, such as a playing card or a ruler, to remove the bottom object. Choose one variable to change and predict what you think will happen.

Want more fun ideas? Check out our Quirkles site too. 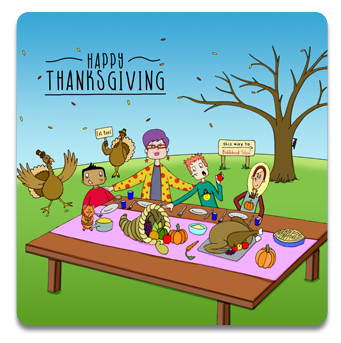